Advices for a good utilization of tubular electric heaters 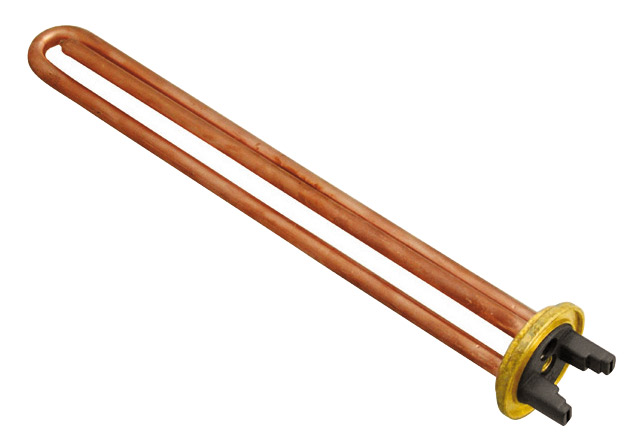 Tubular electric heaters are usually resorted to inside open or pressurized water boilers or heaters, in order to get the fluid, normally water, to heat. For the sake of a better operation, their assembly should be done in a vertical position, but, especially, always submerged by the fluid to heat. Failure to comply with the last-mentioned condition, besides reducing its efficacy, might lead to a permanent breakage of the device, due to its excessive heat.
Tubular electric heaters are produced at the GNALI BOCIA plants by making use of very pure copper, in such a manner as to reduce, as much as possible, the corrosion effect which might derive from salts and from pollutants dissolved in water, being the same elements which, during the heating, give rise to the formation of micro gas bubbles which increases noisiness as well. Limiting the specific power to 9W/cm2 maximum, as in our articles, is a possible solution.
In order to additionally limit corrosive phenomena, tubular electric heaters are equipped with the possibility of installing a sacrificial magnesium anode. Besides, every resistance is equipped with a bulb so as to lodge a unipolar thermostat likewise available in the catalogue.
The productive cycle of tubular electric heaters is governed by the procedures drawn up according to the norms prescribed by the ISO 9001 standard, and is carried out on new generation machines and equipment, thereby abiding by the CEI/EN standards.