The resistances for water heaters: theoretical and practical operation

The armored electric resistances for water heaters from the Gnali Bocia catalog, a fundamental element for the electrical system. 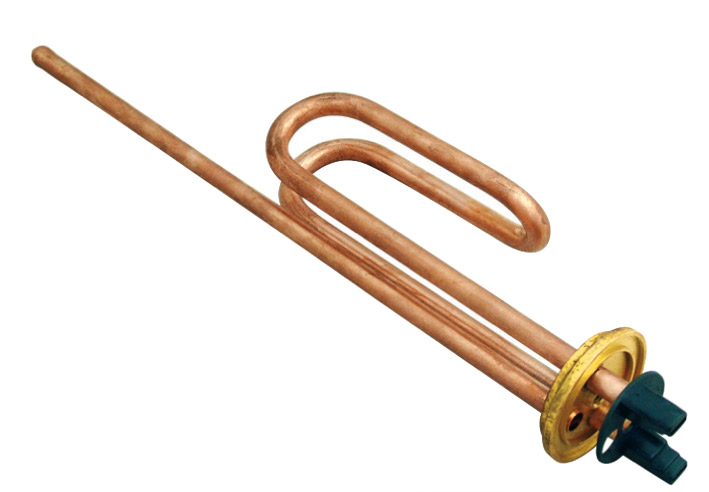 The resistances are fundamental components for the construction of electrical systems. In fact, resistors (also called resistances) are components placed in the circuits to oppose a specific electrical resistance to the passage of electric current.
Although these components represent any users connected to the electrical circuit, the theory behind electrical engineering is complex. Summarizing and simplifying the basic concepts, the resistor follows two laws already presented previously, namely Ohm's laws. The most important effect for the operation of the resistances for water heaters is the Joule effect, which is a phenomenon of heat development that occurs with the passage of current inside a resistor.

where P represents the power dissipated in the form of heat (in Watts), R is the electrical resistance expressed in Ohms and I is the current intensity expressed in Amperes. As can be seen from the formula, the greatest influence is given by the current which has an exponent equal to 2, but the influence due to the resistance itself is not negligible. Subsequently, this heat is conveyed to the fluid to be heated and there is a heat exchange that allows the entire system to function.

The armored resistances present in the Gnali Bocia catalog

The armored electric resistances made by Gnali Bocia have excellent constitutive characteristics due to a certified production process. The main problem that can occur is corrosion due to hard or chlorinated water: for this reason, preventive design is essential in order not to cause subsequent problems in operation with a need for maintenance interventions that can affect both from the point of view of time and from an economic point of view. Brass is an excellent solution as it is a material that allows for good corrosion resistance. Many times, a special magnesium anode is added on request that acts as a sacrificial anode that corrodes in place of the component, allowing longer life and better operation.

Being important components from an electrical point of view, they have maximum operating conditions:
- The nominal voltage must not exceed 220 V single-phase (in particular as regards the standard model, while models are available on request from 110 to 240 V);
- The maximum rated power is 1000 to 3000 Watts;
Furthermore, to limit the noise of the resistances for water heaters in the heating phase, it is recommended to use resistors with a maximum surface load of 9 W / cm2.
In addition to these characteristics, the dimensions that modulate the electrical, chemical and resistance properties are also fundamental, as well as influencing the size of the water heater and influencing its arrangement. 17/06/2021