Everything you need to know about fuel shut-off valves: documents, composition and operation. 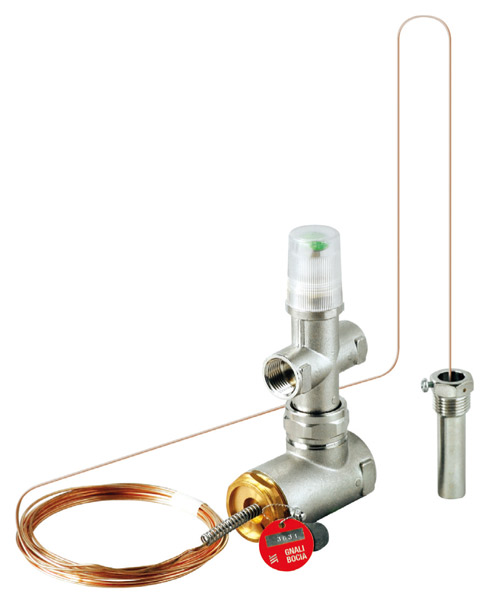 Fuel shut-off valves are important components within a system as they represent a positive action safety device. The main role played by this device is to intercept and block the fuel before it reaches the burner, thus avoiding the boiling temperature of the circuit entering the system from being reached. This represents a method to avoid damage to the system itself but also to the persons who are in the vicinity of it.
As it is a safety device, it must be INAIL certified, that means that it must refer to a series of fundamental documents:
- Approval Certificate: This is a document valid for five years, that certifies the fuel shut-off valves that are manufactured during this period. The valves produced with this certification are certified indefinitely, even after the expiration of five years.
- Bench calibration report: each single valve must undergo tests which must be positive. An INAIL technician takes care of drawing up the report for each individual valve and this document is delivered together with the valve and certifies its calibration.
- Manufacturer's declaration: it is a document issued by the manufacturer which certifies that the component has been produced in accordance with the approval certificate.
In addition to the documents, it is also important that the installation is carried out correctly. In fact, if they are assembled incorrectly or the threads are tightened excessively, stresses can be generated that deform and break the valve itself, causing the system to malfunction with all the associated risks.

How does the fuel shut-off valve work?

There are two fundamental components of the valve:
- The valve body: within which the fuel, liquid or gaseous, passes;
- The control device: equipped with a sensitive element.
The shutter rod is connected to the control device and causes the closing of the valve if necessary. If everything works correctly, the shutter rod rests on the piston and ensures the passage of fuel. However, if malfunctions or anomalies occur, the piston moves and causes closure by lowering the shutter rod. What are these cases?
- Excessive expansion of the fluid: the piston moves to the left and causes the rod to descend, closing the fuel passage;
- Breakage of the capillary: the piston moves to the right and causes, once again, the descent of the rod with consequent closure of the passage.
Once the valve closes, it is possible to return to functionality only by means of a manual reset which can only take place if the fluid has a temperature below 87 ° C and the capillary is not broken or damaged.